NIFFF 2022: A 21ST EDITION UNDER THE AEGIS OF FANTASTIC PLURALITY

The Neuchâtel International Fantastic Film Festival (NIFFF, 1–9 July) unveiled its complete 2022 programme this morning. It is the first year the festival has Pierre-Yves Walder as its new general and artistic director.

True to its explorative approach, the NIFFF is summoning the global imagination with a programme that includes 128 works from five continents, thus faithfully prolonging the festival’s rich history. The International Competition, the jury of which is presided by none other than American author Joyce Carol Oates, explores the current trends of fantastic films through a beautifully diverse overview of the ruminations of our era. The festival brings together the boldest new voices of the time (Addison Heimann, Francisca Alegría, Simon Rieth, Charlotte Le Bon, Ludovic & Zoltan Boukherma) and the latest works from frequently selected filmmakers (Park Chan-wook, Dario Argento, Justin Benson & Aaron Moorhead, Kristina Buozyte & Bruno Samper). The goal is to strengthen its role as a bridge maker between generations and between the arts (cinema, music, literature, contemporary art) in order to ensure better inclusivity. Last but not least, the NIFFF is finally back to being a physical event at full capacity, and will once again illuminate the lake shore to look to the future. 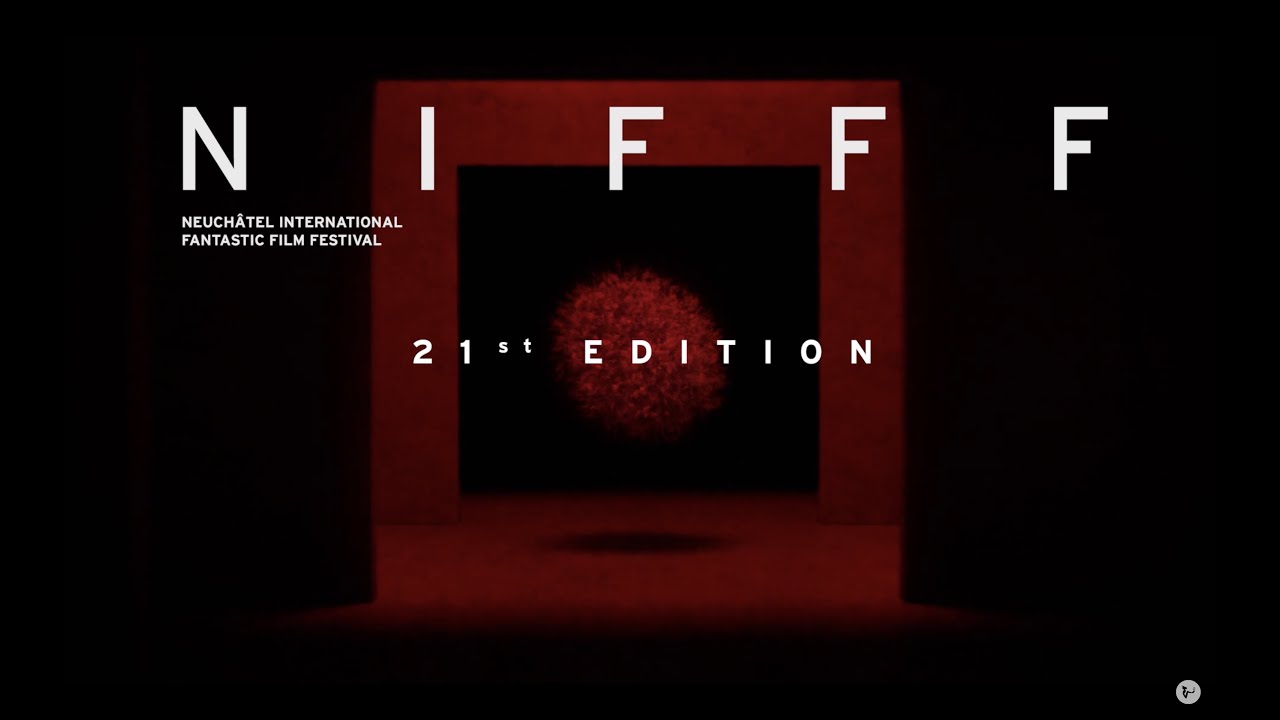 « Now more than ever, the NIFFF remains the privileged place for observing the many variations of the fantasy genre. My primary objective is to maintain the high standards and quality of the festival’s selection, all the while continuing to explore a genre that endlessly surprises me », concludes Pierre-Yves Walder, General and Artistic Director of the NIFFF.

The 21st edition will open with the international premiere of the mystic drama THE FIVE DEVILS from Léa Mysius (Friday, July 1st) and will conclude with the Swiss premiere of the exhilarating animated film I AM WHAT I AM from Sun Haipeng (Saturday, July 9th). The programme includes 11 world premieres, 10 international premieres, 7 European premieres, and 44 Swiss premieres. The international jury is composed of Joyce Carol Oates (US), Mariana Enríquez (AR), Prano Bailey-Bond (UK), ROB (FR), and Martika Ramirez Escobar (PH). They will choose which film will receive the prestigious H.R. Giger “Narcisse” award (CHF 10,000 awarded by the City of Neuchâtel) during the closing ceremony.

The International Competition is all about exploring diverse imaginations from around the world, be they different in terms of origin, themes, or narrative. The next generation of filmmakers is front and centre with two international premieres, namely the psychotic tale HYPOCHONDRIAC from American director Addison Heimann, who immerses the audience in the tortured mind of his protagonist, as well as SUMMER SCARS (NOS CÉRÉMONIES), the first feature film from French director Simon Rieth, who delivers an equally radiant and gloomy movie. New voices from Latin America will also be represented, with the European premiere of the demonic HUESERA from Mexican filmmaker Michelle Garza Cervera, and the melancholic, ecological Chilean fable THE COW WHO SANG A SONG INTO THE FUTURE from Francisca Alegría. The competition also includes films from directors whose previous works have marked the festival’s history: first, the highly anticipated post-apocalyptic tale VESPER from French-Lithuanian duo Kristina Buozyte and Bruno Samper (winners of the Méliès d’Or in 2012), but also the spectacular FREAKS OUT from Italian filmmaker Gabriele Mainetti, in which four creatures with supernatural powers must fight fascism, or the latest from iconic American duo Justin Benson & Aaron Moorhead who’ll present SOMETHING IN THE DIRT, an offbeat, conspiracy-inspired sci-fi thriller.

The air is electric in the Asian Competition. It is composed of several big premieres that put the spotlight on the best indie auteurs and blockbusters which created the buzz throughout the continent. The selection boasts two world premieres: LEIO, an outright monster movie from Thailand directed by Chalit Krileadmongkon & Chitpol Ruanggun, as well as the Japanese action thriller BAD CITY from Sonomura Kensuke, starring cult actor Ozawa Hitoshi. As far as big productions are concerned, Higuchi Shinji’s SHIN ULTRAMAN – a destined-for-success retro kaiju eiga centred on the famous alien superhero – will have its international premiere. So will DEMIGOD: THE LEGEND BEGINS, the unmissable wuxia from Taiwanese studio PiLi International, renowned for their epic puppetry films (budaixi) that combine hand puppets with breathtaking visual effects.

Non-competitive section THIRD KIND focuses on genres related to fantasy, and includes the Swiss premieres of several films that caused a stir in Cannes: The highly anticipated HOLY SPIDER from Ali Abbasi, a dark thriller set in an Iranian society that grapples with its demons; Romantic film noir DECISION TO LEAVE from Park Chan-wook; and also the spellbinding teen movie FALCON LAKE, the first feature from Quebecois director Charlotte Le Bon. Comedies will not be outdone thanks to the world premiere of YEAR OF THE SHARK (L’ANNÉE DU REQUIN), the second feature from Ludovic & Zoltan Boukherma. The film will be accompanied by two of the best in the shark movie genre as part of a SHARK NIGHT that is sure to awaken the audience’s dormant thalassophobia. More laughter with BABYSITTER, an ultra-stylised satire from Monia Chokri that takes down sexism, as well as the irresistible Japanese comedy WEDDING HIGH from Ohku Akiko.

With its more radical and extreme cinematic propositions, ULTRA MOVIES is the best section for thrill seekers, and this year marks the return of the master of the giallo Dario Argento with DARK GLASSES (OCCHIALI NERI), ten years after his previous film. Another giant of genre cinema, Spanish filmmaker Álex de la Iglesia is ready to take the audience on a horrific (but not so touristic) excursion through Venetia with VENECIAFRENIA. The programme will also take the public to Senegal (SALOUM, Jean Luc Herbulot), Argentina (PUSSYCAKE, Pablo Parés), and Australia (SISSY, Hannah Barlow & Kane Senes). For those looking for an oddity, THE TIMEKEEPERS OF ETERNITY, from Greek filmmaker Aristotelis Maragkos, is a retelling of the LANGOLIERS miniseries (adapted from Stephen King) in the form of a hypnotic collage.

Alongside the official selection, the NIFFF also offers the SCREAM QUEER retrospective – about 20 films centred on the representation of LGBTIQ+ communities in fantastic films. The singer from British band The xx, Oliver Sim, will notably have carte blanche. The SHADOWS OF LATIN AMERICA category explores the dark side of Latin American films with three gems that have never been shown in Switzerland. Finally, AMAZING SWITZERLAND promotes Swiss productions with a retrospective and prospective overview. Free labels NIFFF Extended – dedicated to the new technologies – and NIFFF Invasion – multidisciplinary and for all ages – complement the festival’s rich odyssey.