JOYCE CAROL OATES, THE QUEEN OF THE AMERICAN GOTHIC, WILL BE THE FESTIVAL’S GUEST OF HONOUR

American writer Joyce Carol Oates will be in Neuchâtel for the 21st edition of the Neuchâtel International Fantastic Film Festival (NIFFF), from July 1st to July 9th, 2022. This leading figure of American literature will be the festival’s guest of honour and President of the International Jury. Considered several times for the Pulitzer, awarded five times with the Bram-Stoker award, this prolific, unclassifiable author made a name for herself with her many incursions into the thriller and fantasy genres during a career spanning nearly 6 decades. She will talk about her relationship with imaginary worlds as part of the New Worlds of Fantasy literary forum (NIFFF Extended) and a masterclass in collaboration with Vertigo, the cultural magazine of RTS La Première presented by Anne Laure Gannac. 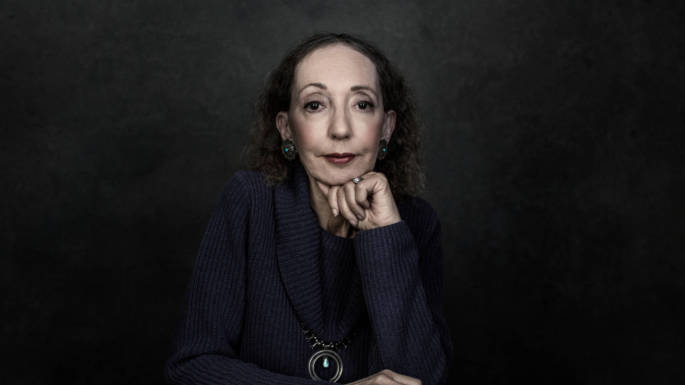 THE GREAT PRIESTESS OF AMERICAN LITERATURE

With a body of work that includes over 150 books, Joyce Carol Oates often found success with striking incursions into fantasy and thriller territory (ZOMBIE, 1995; THE BARRENS, 2001; THE MAN WITHOUT A SHADOW, 2018). Her unique style is characterised by her ability to write anything, as evidenced by the many genres she explored and the various formats she mastered, from the short story to the saga. She found fame with EUX (1970), a ruthless exploration of American proletariat. She then showed her mastery of horror, of the gothic, and of the psychological thriller, in which she studied the social and political violence of a country fighting its inner demons. As an unyielding observer of our present, she probes the dark part of the human soul in a blunt and fascinatingly realistic way. BLONDE (2000), a romanticised, brutal biography of Marilyn Monroe, becomes reminiscent of a gothic tale. It touches on topics dear to the author, such as the condition of women, multiple personality disorder, mental health, and our relationship with reality. The highly anticipated adaptation of this major work in Joyce Carol Oates’ career by New Zealand director Andrew Dominik should be coming out this year.

As the guest of honour of the NIFFF 2022, Joyce Carol Oates will also be President of the International Jury, and will hold a conference dedicated to her work and her relationship with imaginary worlds (Thursday, July 7th), as well as a book-signing session for the audience. This event is in line with the NIFFF’s multidisciplinary approach, which aims at exploring the ties between cinema and literature. Since its inception in 2010, the New Worlds of Fantasy forum (NIFFF Extended) has welcomed George R. R. Martin (2014), Michael Moorcock (2015), Jean-Claude Mézières (2017), and David Cronenberg (2018), among others.

Reservations for the masterclass will be open online on June 16th, after the press conference.

AN ORIGINAL OVERVIEW IN GENRE CINEMA